Do you see a huge spike in fraud at night or in the middle of the day? Visualize your fraud trends for every hour of the day.

Written by Zack
Updated over a week ago

To view the fraud rate by hour, go to the main dashboard and change the Visitors and Clicks Analytics to show the Hourly data: 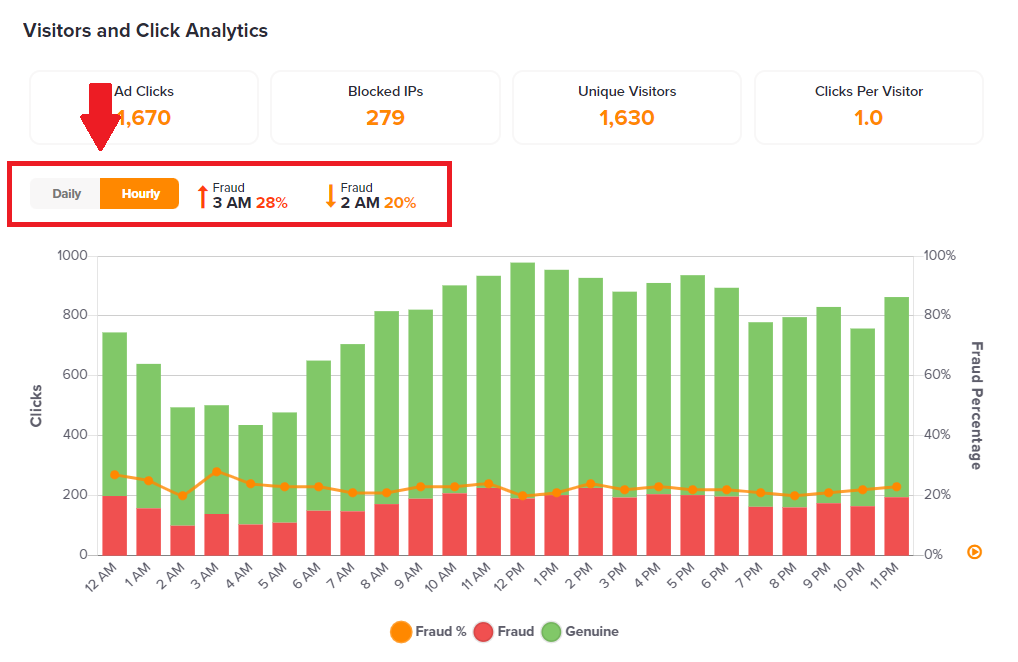 The green bars represent genuine clicks. The red bars represent fraudulent clicks that have been blocked in real time by ClickCease. While, the orange line graph across the screen represents the percent of traffic for the given hour that was fraudulent.

For small businesses this can be helpful to launch campaigns at hours that are less likely to be attacked by fraudulent clicks.

Did this answer your question?